Evolve Lubricants’ EvoSyn Non-Petroleum engine oils protect some of the most valuable cars in the world, and the same technology improves the performance for all cars. “The Ultimate Driving Machine” has been the mantra of BMWs for decades, leaning into their storied motorsport heritage as they continually craft high performance automobiles for the streets. The BMW M3 CS is no exception. With 460hp produced from its inline-6 engine and precisely tuned handling for a dynamic driving experience, it is a driving force to be reckoned with.

A vehicle like a BMW M3 CS deserves the best oil, which is why the owner of this M3 CS decided to drain out his regular petroleum engine oil and replace it with 5W-30 EvoSyn Non-Petroleum Engine Oil. With EvoSyn meeting and exceeding many OEM performance requirements, he had complete confidence using EvoSyn non-petroleum engine oil in his car.

After switching over to EvoSyn, the owner described that the engine felt smoother and, having raced professionally in his career, felt as if the EvoSyn had unlocked some hidden horsepower. Wanting to use the BMW M3 CS in a way that it was intended for, he regularly extracted all 460hp from the twin-turbo inline-6 engine.

After 5,000 miles he drained the EvoSyn engine oil and sent an oil sample to the trusted Blackstone Laboratories, a popular and effective oil analysis lab. Upon analysis, the report indicated excellent results with extremely high wear resistance with little to no metal in the sample. The TBN, indicating the amount of active additive present, was 5.4 and had plenty of runway to continue using if he had wanted to. Blackstone, which normally tries to refrain from overly positive comments, saying that “this engine is wearing really well for its type.” 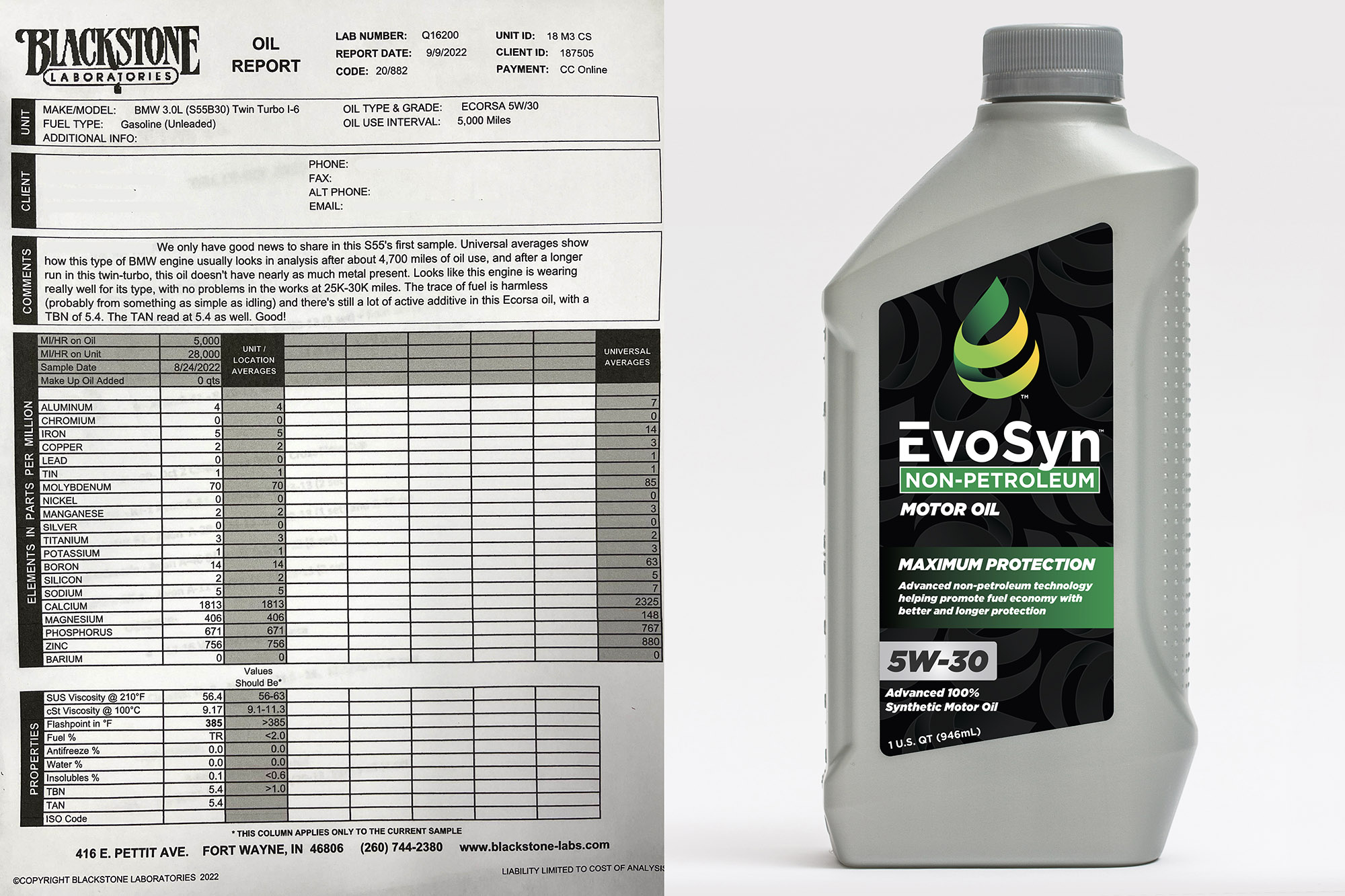 The non-petroleum technology used in EvoSyn engine oils allows for greater protection without compromising on performance, utilizing synthetic hydrocarbon molecules. This performance allows for longer drain intervals, increased horsepower and torque, and greater engine protection than ever before.